The Canadian event that I believe has been highly influential to Canadian identity in the quadrants of Political, Social, Economic, and Environmental issues is the Missing and Murdered Indigenous Women and Girls human rights crisis that has been a part of Canadian history for years, and continues to be massively problematic in our society and systems of justice.

The start of the MMIWG crisis originates from the historical oppression, sexualization, and devaluing of Indigenous Women in Canada. Starting from the origins of European settlement in Canada, Indigenous peoples have been treated as less valuable than the colonial white population. This can be represented by the appearance of Canadian Residential Schools, and the Indian Act of Canada, through which Indigenous land and children were acquiesced by the Canadian Government. The culture of the First Peoples was smothered as a result of this attempted eradication, and through this, the population of Indigenous women and girls suffered. Under the umbrella of Indigenous deprecation, these women have been oppressed, kidnapped, and murdered without justice or recognition from the Canadian Government. The statistics indicate the widespread and pandemic nature of the MMIWG crisis. In 2014, the RCMP acknowledged the number of Missing and Murdered to be approximately 1200, though Indigenous Women’s groups across Canada estimate this number is significantly higher. In many situations, the documentation and investigation of these cases is incredibly discrepant in comparison to the treatment that similar cases involving the white population receive. This has, in turn, affected;

When MMIWG is considered in the context of politics and the justice system, it can be observed that the failure of Canadian courts and law officials to follow through on their duties for the Indigenous communities of Canada has established a huge well of anger and mistrust in the government and justice system of Canada. Following the Murder of Tina Fontaine, a 15 year girl from the Sagkeeng First Nation, the jury found the accused party not guilty, leaving no justice or rest for the family of Tina, and no responsibility taken for her death. This kind of tragic result of years of fighting for justice for indigenous families is in no way encouraging for other families and victims to step forward with their stories. This, along with thousands of other stories, has created a social uproar in Canada regarding the treatment of our Indigenous peoples and communities. 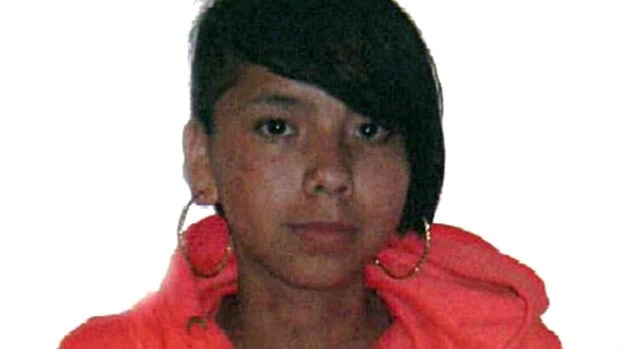 In response to the findings of the Tina Fontaine Case and the imbalance of the Canadian Justice system towards Indigenous communities, there has been backlash and uproar from people across Canada. Notably, the rally in Toronto on March 3rd, chiefly organized by 16 year old Madyson Arscott. Thousands of people showed up to Nathan Phillips Square to demand justice for the Fontaine Family. Movements like these have become more and more essential to being heard by the Canadian government that this is a value of Canada that needs to be recognized, and we need to take action to move towards solutions now. 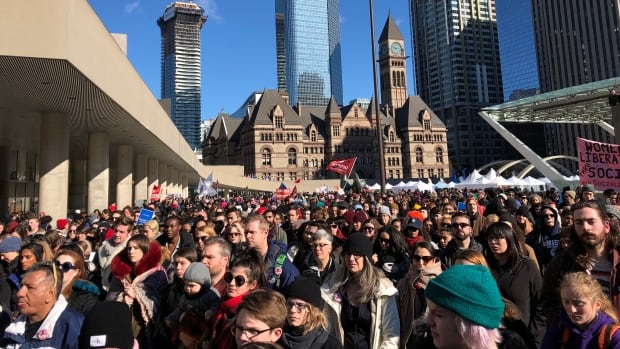 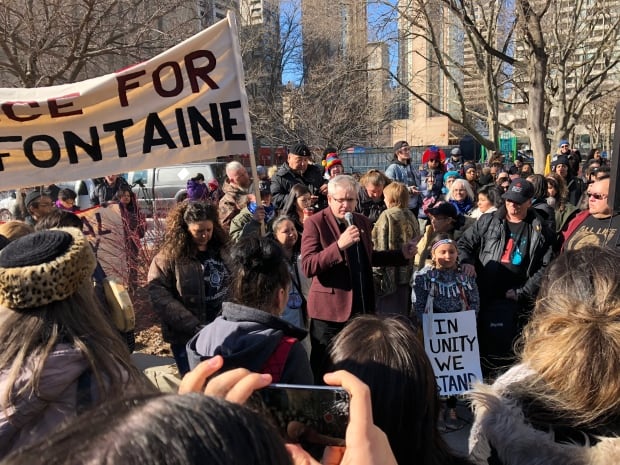 The environment and attitude towards the MMIWG crisis and the support of Indigenous communities seeking justice has dramatically changed. Many people across Canada feel that the investigation into MMIWG has failed, and should be discontinued for its inability to produce dramatic progressive change. At the same time, survivors like Brandi Morin encourage Canadians not to give up on the MMIWG Investigation. In her perspective, we do not have the time to waste on debating the details of the investigation. Action has to happen now to serve justice to our Indigenous communities, and the MMIWG Investigation is, at least, a step in the right direction. As the attitude around the investigation and justice for our Indigenous peoples changes, so should our approach to the crisis, and so should our understanding of the victims, their value, and their legacy. 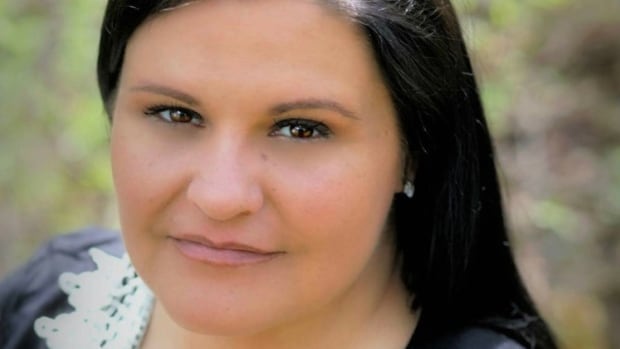 In some ways, the MMIWG investigation is an opportunity for unity within Canada. We have already seen, through social media and widespread Canadian social demonstrations and movements, that we have the power to come together to fight for something we beleive in. I think that this is an example of Canadian identity even though I do not believe that there is any one peice of Canadian identity that is entirely consistent across the country. It is, however, a representation of the values of those Canadians who are willing to stand up, speak up, and be loud about what needs to be changed in our society. The MMIWG movement has swept Canadians from all walks of life to fight for a common goal- the due justice and peace for our Indigenous communities.
3.

I feel that there is no ‘one’ Canadian identity that every Canadian can relate to. There are simply too many Canadians to make a statement like that. In my eyes, Canada is made up of a collection of nations that do hold similar values, and in that we find strength. I do however think that finding things that Canadians are willing to push for, such as Indigenous people’s rights, is unifying, powerful, and valuable. Adding a component of unity to the diverse Canadian demographic empowers us to create the kind of change that we desire for our futures. Although it may be futile to unilaterally swallow every Canadian into one identity or movement, I do completely see the value in unifying the groups of Canadians who are willing to be passionate.

These widgets are displayed because you haven't added any widgets of your own yet. You can do so at Appearance > Widgets in the WordPress settings.

Theme by Anders Noren — Up ↑